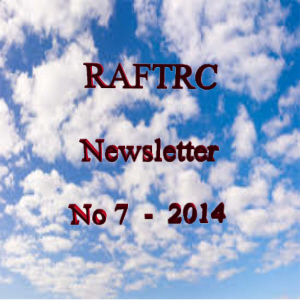 The Next Club shooting weekend is at Bisley on 6/7 Sep. If you wish to shoot, email the Match Sec, Karen Robertson, Karen@bang.eclipse.co.uk , now.

The Club ‘s annual dinner will be held at the RAFSAA Clubhouse, Bisley, on the evening of Sat 18 Oct. Details, menu etc are on the attached poster. If you wish to attend, email Scott Glanville, scott.glanville007@gmail.com , with names and menu choice before 5 Oct.

For those who shoot small-bore as well as full-bore, details of the Small-bore summer champs are attached. The dates clash with the Club’s shooting weekend but if you wish to shoot the S-B Summer Champs, please complete the forms and follow their instructions.

Positions were the same for the Inter-Services Long Range match.

The RAF won the Burdwan with the Regular Army 2nd, TARA 3rd and Navy 4th.

It was a 1,2,3 in the Foster which was won by Chris Hockley with Steve East 2nd and Jon Ford 3rd.

A 1,2,3 again in the Loader won by James Thompstone with Chris Fitzpatrick 2nd and Dave Calvert 3rd.

Six Club members made it to the Queen’s Final which was won by Richard Jeens 297.44 .

Full results can be found on the NRA’s website ,

http://www.nra.org.uk/common/asp/results/imperial.asp?year=2014&site=NRA&filter=TRI  , for TR Individual competitions and

Well done David Calvert on his selection to shoot for Ireland in the Glasgow 2014 Commonwealth Games. David narrowly missed out on the medals coming 4th in the Full-Bore Individual.

Although the BBC covered some of the small-bore, air and shotgun on TV and online streaming it was the left to the new broadcasting upstarts, the BBBC (Barry Buddon Broadcasting Corporation), to fill the void and provide excellent coverage to the full bore in near real-time. Well done BBBC.