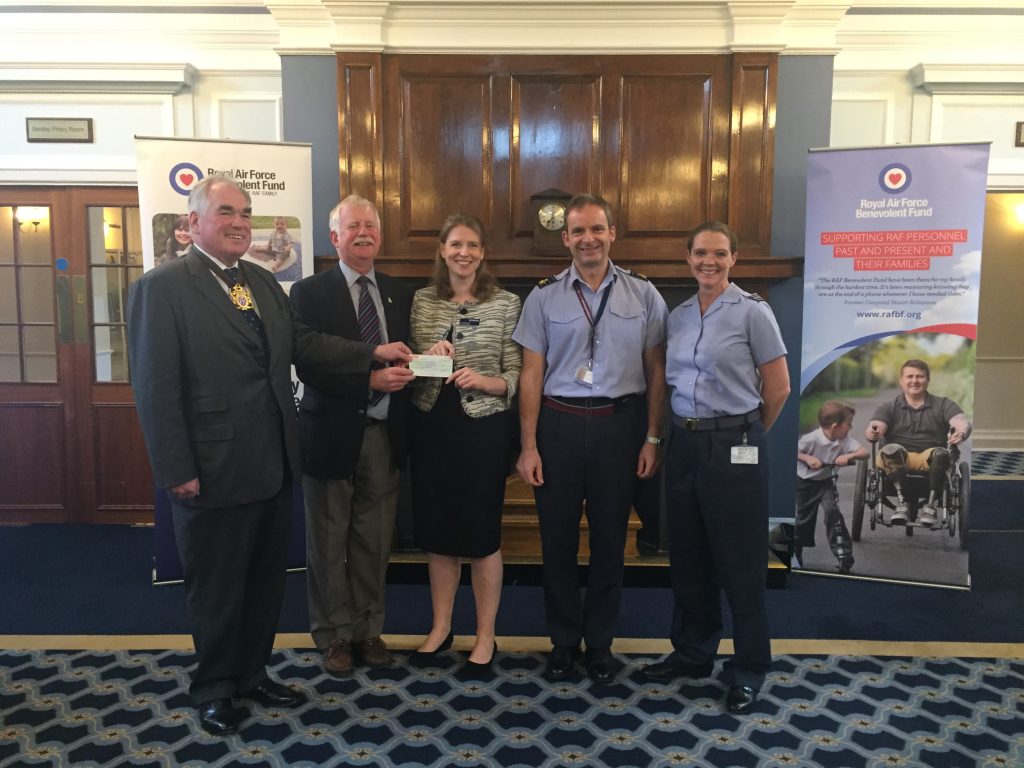 A Charity Guest day held in June for the benefit of the RAF Benevolent Fund (RAFBF) raised a magnificent £7240.

The Guest day was supported by 14 Livery Companies with teams of 3 competing during the day for engraved glass souvenirs and as usual the competition was fierce.

The event, now in its 4th year,  has raised in excess of £30K and was the brainchild of Colin Sach, a long-term supporter of the RAFBF and a shooter himself.

The date for next year is already in the diary – the 1st June when the aim will be to have a great competitive day of target shooting while raising another good amount for the RAF Benevolent Fund.