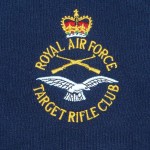 Sunday 8 September saw the RAFTRC take on the London and Middlesex Rifle Association, a conflicting match with the UKCAF being held at the same time saw the availability of RAF shooters reduced however the RAFTRC still managed to field an extremely competitive team.

Conditions started well during the short range shoot, with a steady light wind that saw some impressive early scores, however these balmy conditions quickly deteriorated in the afternoon at long range. A gusty and changeable wind saw windage correction changing quickly by 10 MOA and proved challenging even to experienced RAF shots.

Chris Fitzpatrick managed to hold on to his consistent high scoring seen throughout the day finishing 5 points ahead of the next closest RAF shooter at 1000 yrds.

Overall a challenging afternoon which tested the ability of all shooters, especially when the last shot’s wind call was “somewhere between 2 and 10!”  Final scores had the RAF leading by 61 points and 34 v’s to take the match.