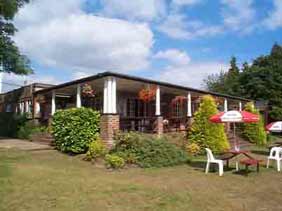 The Club was formed in 1971 by the Royal Air Force Inter-Service Rifle Team with the aim of fostering interest and expertise in competition Target rifle shooting, but in particular to provide the foundation for a winning Inter-Services team.

Most of those who formed the club are still shooting or are involved with shooting; Wing commander Jimmy James, the first Chairman, was involved until very recently in helping to run the National Rifle Association Imperial Meeting.  Mike Turner the first secretary and John Knight have both been very influential in the way the club has developed over the last 30 years.

Part of that tradition is to tour abroad to gain experience of all types of ranges and to make as many new friends in the process.  The annual trip to Jersey is a tradition started in our very first year and is highly valued by the club as it is the foundation tour on which we have built the teamwork needed to produce winning teams both at home and abroad.